So I’m not really sure how Nick convinced me to climb this mountain with him on our Hawaii trip. I do recall him spending the weeks leading up to our vacation showing me some INCREDIBLE photos of the views from the top and how cool the climb looked. He sold it as a “once in a lifetime experience,” which, as it so happens, it turned out to be more so than I had originally imagined.

Only a few days before the trip did Nick casually mention in conversation that the mountain was actually ILLEGAL to climb due to the condition of the stairs. I started seriously second-guessing my agreement to do this. 1) I am not the most coordinated person, and if these stairs were in bad condition, I was legitimately concerned I could fall and 2) Because it was illegal to climb, Nick now tells me that we have to get up at 3 AM to get to the mountain before the security guard was there. WHAT?!?!

So, once I got over the shock, I started warming up to the idea. I like living on the edge. I’m not the best at taking risks because I’m usually a control freak, but I thought, “what the hell – let’s do this.” You’re all probably thinking that I’m crazy for agreeing to this, but one thing is for sure about Nick and my relationship – we love a good adventure. Nick reminded me of our motto – “do it for the story” – and the next thing I know, I have agreed to this ridiculous idea.

The morning of January 19th, I remember getting up and rushing to get ready before the sleepiness could kick in or I talked myself out of it. I also recall getting annoyed with Nick because he was, as usual, moving at a snail’s pace as he packed his backpack with all his photography equipment to capture the views from the top. A lot of people asked me if I expected this to happen. I have to say, I didn’t and this was one of the reasons why. Nick was super calm that whole day, and had his usual 0 sense of urgency to get moving. I would have never guessed he had anything planned…

So, we manage to get ourselves into the car after a minor setback with the valet at our hotel (again – Nick is super chill about it), and we finally get to the bottom of the mountain where we happen to run into some other climbers, a young couple and a guy who was in the army named Dave. Even though we were there with others, I felt like we were in a scene from the Blair Witch Project – schlepping through a wilderness in pitch black looking for some decrepit stair entrance and potentially a security guard who could fine us and/or arrest us! I’m not sure how we found the entrance, but we did, and thus began the climb. 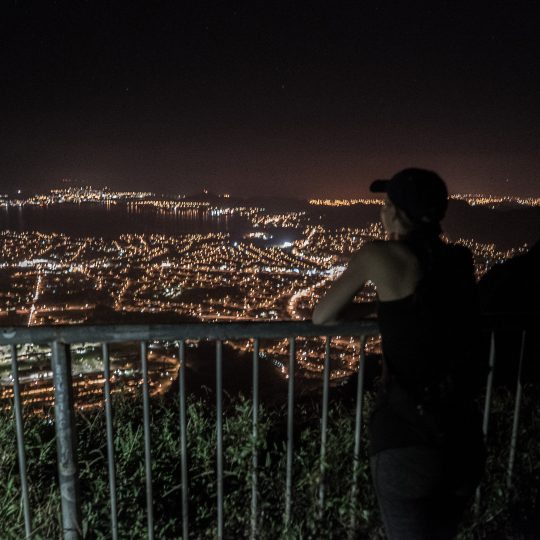 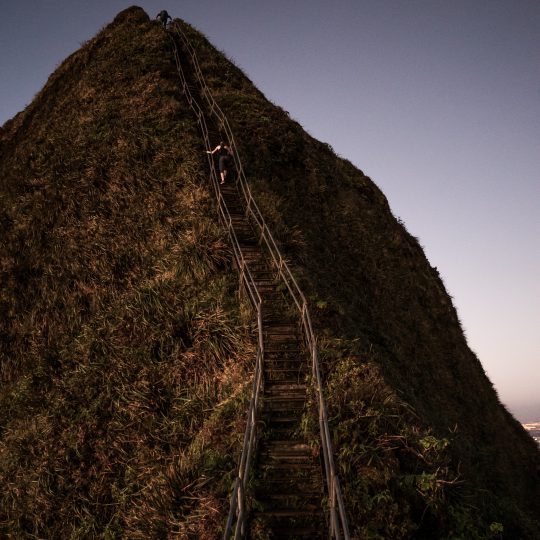 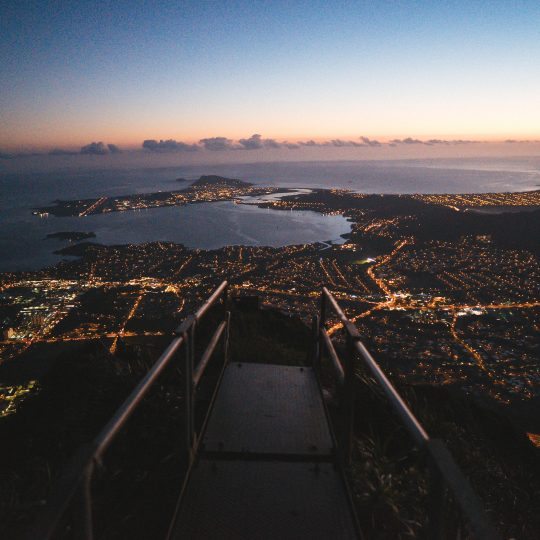 For those of you that don’t know, the Haiku “Stairway to Heaven” is 4,000 stairs up a very steep mountain in Oahu (another fact that Nick didn’t mention until a few days before). They say it takes approximately 4 hours round trip to climb this thing, and I kid you not, half of the time we were literally going up the mountain at a 90 degree angle. The morning dew made the handrails wet, and all I could think about was not slipping and falling. One foot in front of the other, I slowly made the climb. Little did I know that Nick had something special planned for me at the top.

So we finally get to the top of the mountain and Nick busts out his 12 million cameras he brings on every trip to take all kinds of photos of the sunrise and us from every angle. We took our usual fair share of selfies, and we even took pictures of Dave with Nick’s cameras so he could get some cool shots with the mountain in the background. Dave offered to take pictures of Nick and me too. It worked out perfectly, and everything seemed pretty normal. We were up there for about an hour before Nick handed Dave the camera and asked him to video us.

I didn’t think much of this at the time because any of you that know Nick know that he is constantly videoing and photographing things. And if you haven’t vacationed with him then well, you have no idea how many MORE videos and photographs he takes when he is somewhere new.

So I am doing my usual wave to the camera/act excited to be on video thing while Dave videos us when Nick starts grabbing my arms to get me to face him. When I finally calm down and turn to him, I took one look at his face and got this feeling in the pit of my stomach. He started talking in the sweetest voice, and I remember Nick saying he wanted to step with me for the rest of our lives (or something like that). At this point I realized what was happening and basically blacked out and started sobbing uncontrollably. He got down on one knee and pulled out the most beautiful ring. I obviously liked it because he says I grabbed it out of his hand immediately and then tried to give him the awkward one-of-us-is-on-a-knee hug. Whoops. {Sidenote: I imagined this whole thing to go a lot differently in the sense that I would have composed myself, acted like a lady, and remembered every word that he said. But of course, that was not the case}.

After I eventually blurted out a “yes” and an “are you sure?!?” (Great comment, Lisa), Nick pulled out a ½ bottle of Clicquot from his backpack, and we celebrated with our new friends!! From there, I pretty much got to spend the rest of the day being treated like a princess! Nick had a massage scheduled for me that afternoon and an engagement photo session scheduled for the evening. I literally will never ever forget how I felt that day. He nailed it (for lack of a better word).

So, in hindsight, I’m pretty proud of myself for agreeing to climb that mountain. Worked out pretty well for me if I do say so myself 🙂 I cannot wait to start the next chapter with the man of my dreams – our biggest adventure yet! 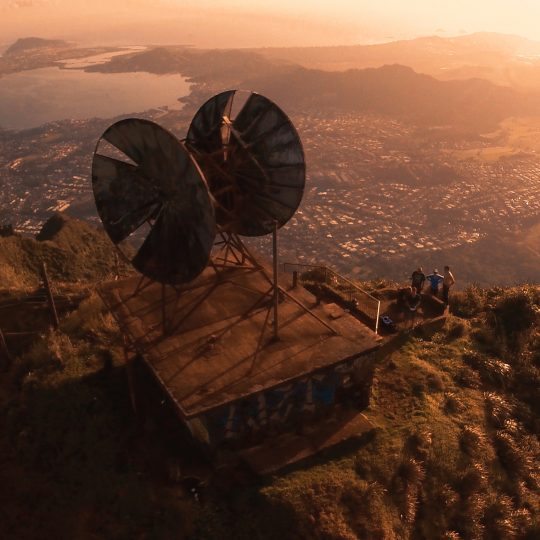 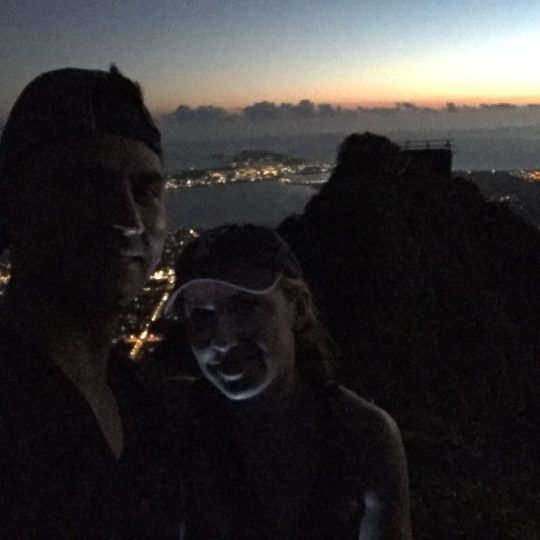 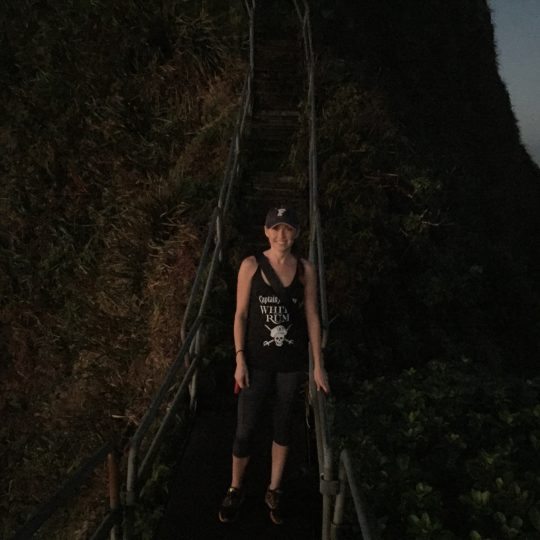 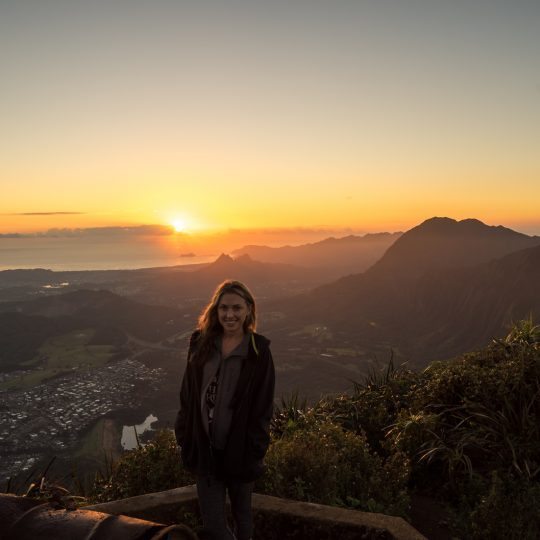 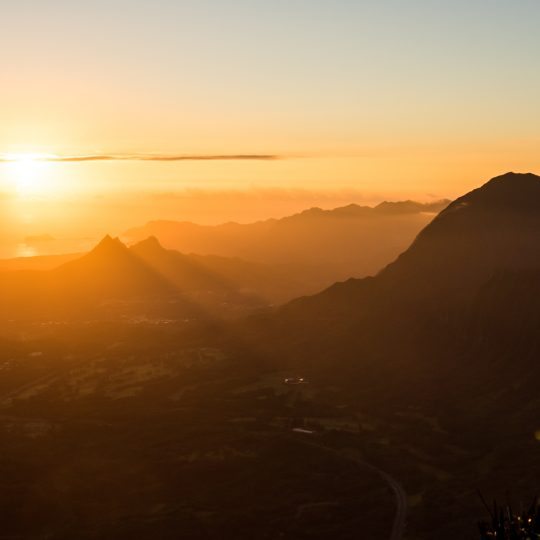 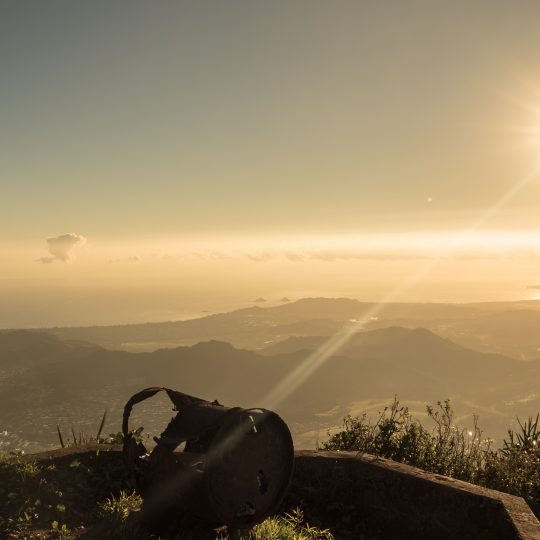 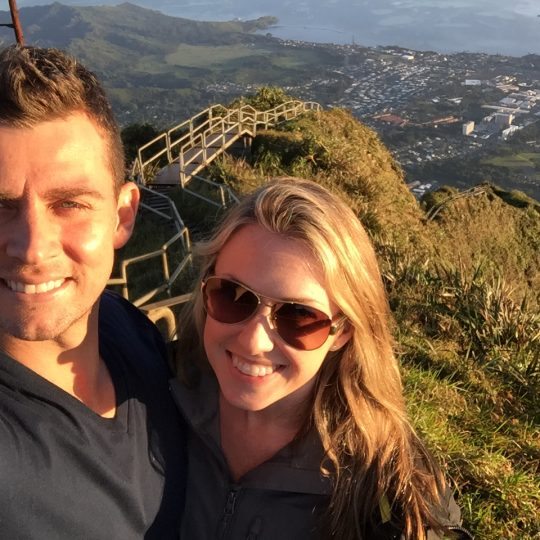 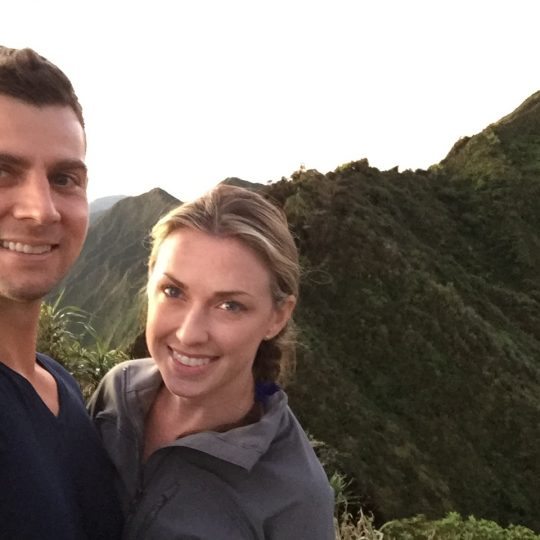 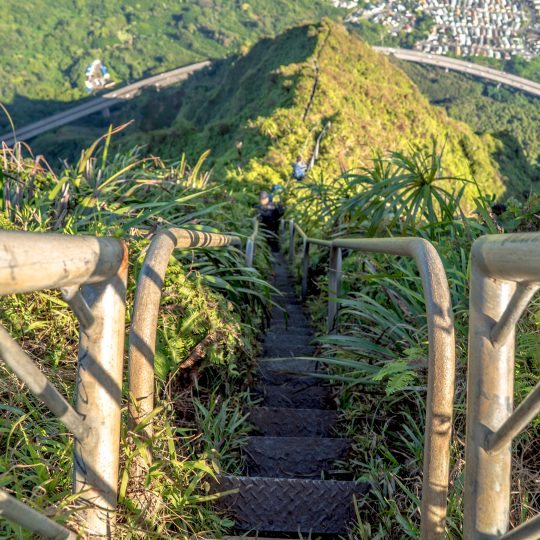 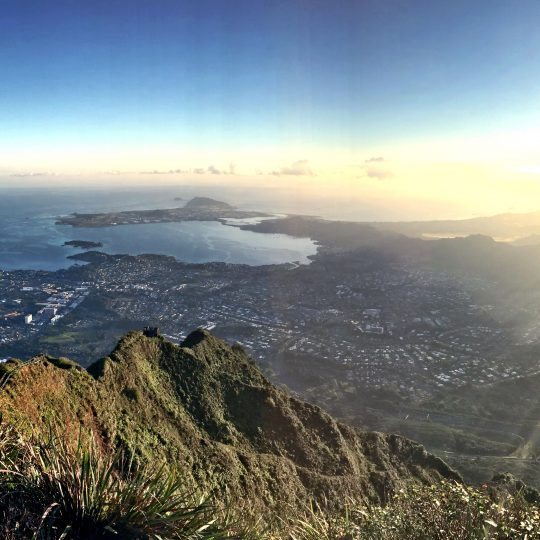 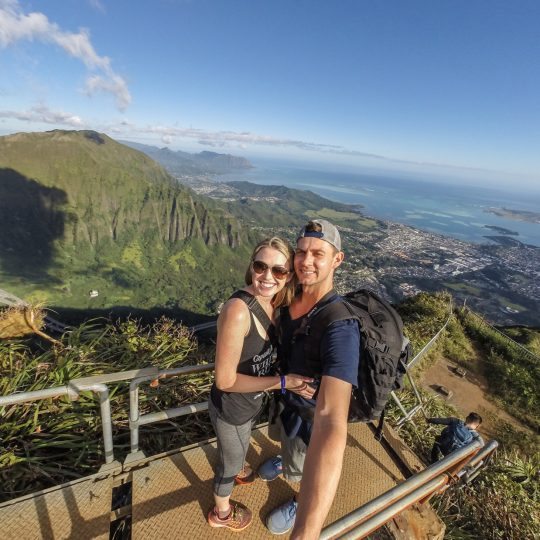 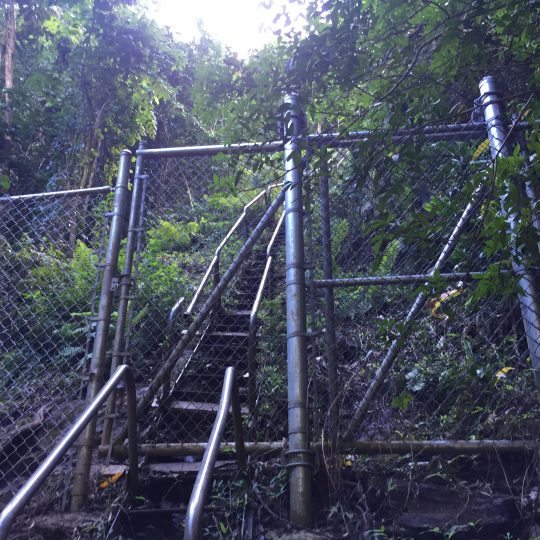 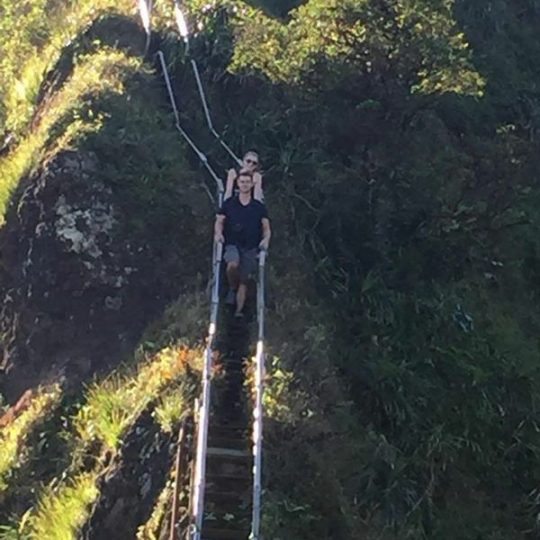 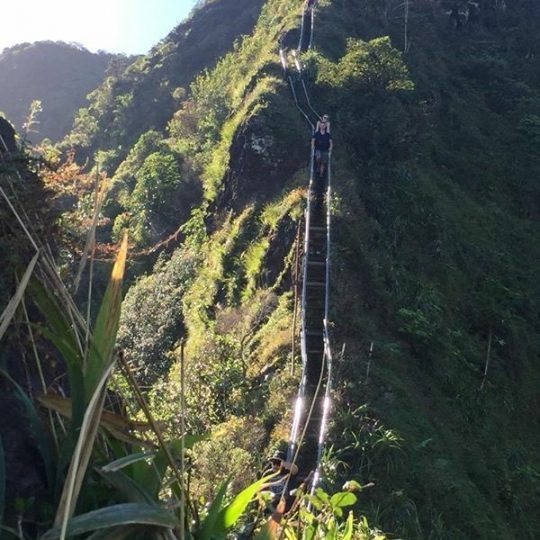 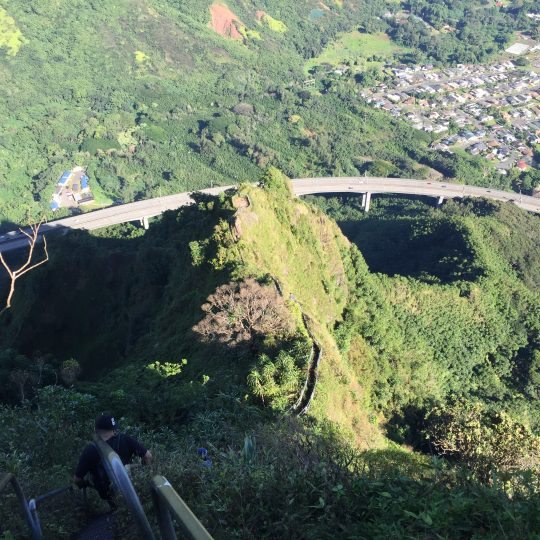 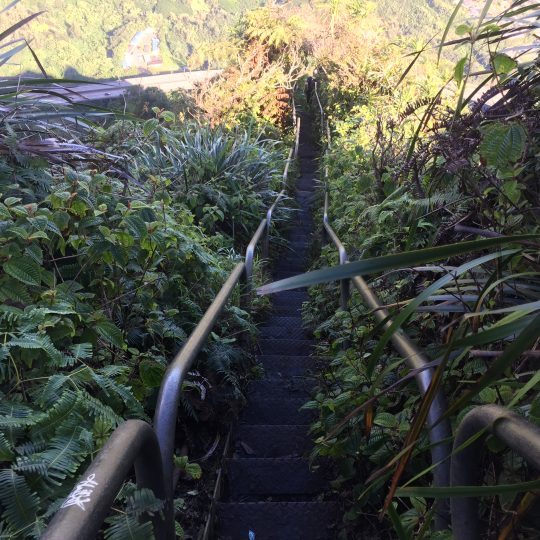 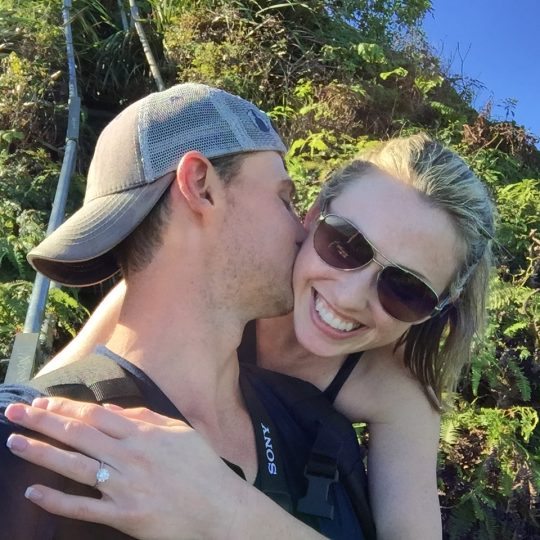 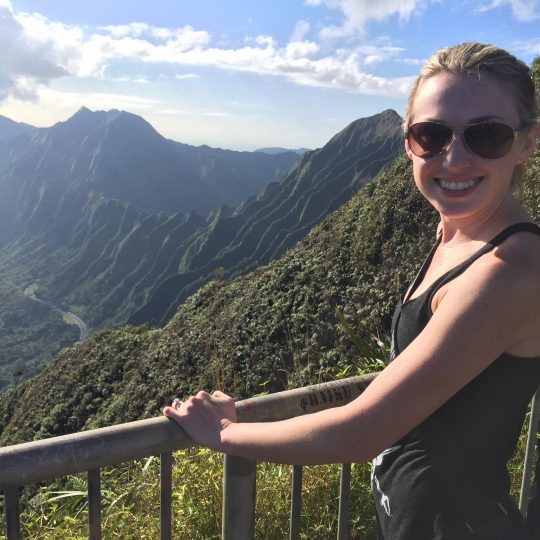 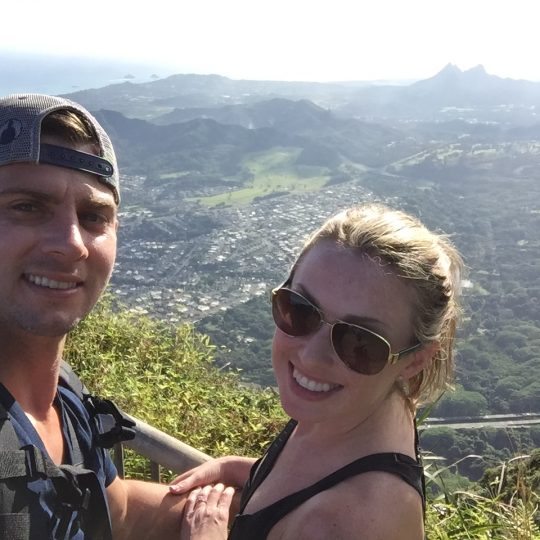 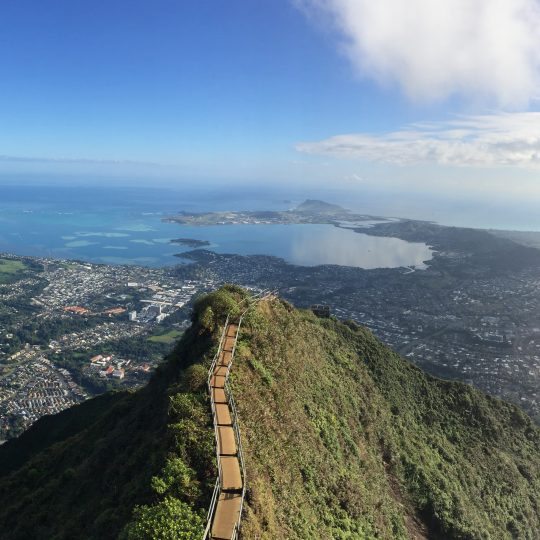 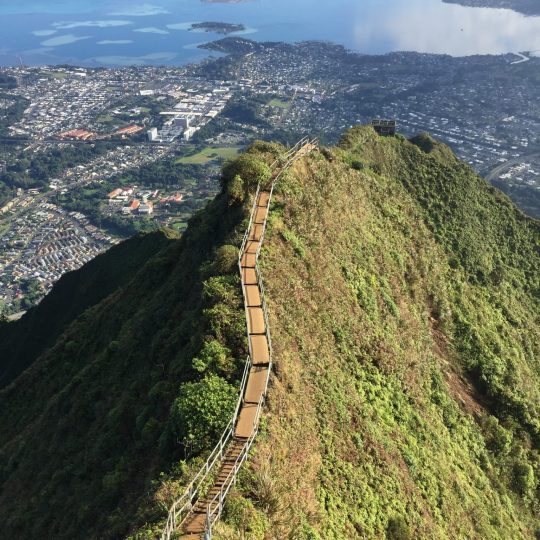 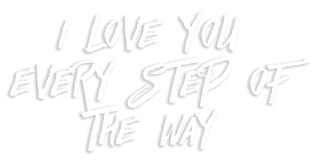